Investigations Regarding Safety of Indigenous Workers at Inpex Project 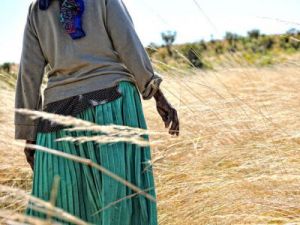 The Australian federal government is currently conducting an investigation regarding several allegations concerning indigenous workers who are employed as trainees on a LNG project worth $34 billion. The participants claimed that they were provided with false certificates in order for them to operate hazardous machineries without proper training in accordance with the Indigenous Employment Program (IEP).

It can be recalled that the Macmahon Holdings signed a contract worth $3.4 million together with the Indigenous Employment Program or IEP funded by the federal government with the promise to deliver jobs to the indigenous people of Australia.

However, it was revealed that many of the Real Opportunities and Careers – Kick Starting Today’s Aboriginal Role Models or Rockstar program participants were not given payment during their training course, which lasted for six weeks, despite being told that they would be duly compensated. The indigenous workers said that they were requested to sign on practical experiences which they do not possess in order to expedite the process and allow them to work on the site.

A trainee commented that he is aware that many people are doing the practice, but managed to get away with it without killing or hurting anyone.

He adds that one of his biggest worries is being told to perform or do a thing that he did not know how to achieve.

Aside from that, allegations regarding mysteriously lost logbooks have started to surface.

According to a spokesperson from the Department of Prime Minister and Cabinet, the agency tasked to oversee the IEP, the government had already started on an examination of the claims which were raised by people from the media regarding the controversial contract involving MacMahon Holdings Limited and the Indigenous Employment Program.

He said that the details concerning the said assessment have not yet been made available. However, they are expecting that the report will help in establishing whether there is truth that some of the indigenous workers have not been given what is due to them.

He added that the government of Australia is very serious whenever there are any issues about incongruity and impropriety of government programs and funds.

It was former Prime Minister Julia Gillard who initiated the launch of the $340 million construction of several onshore development facilities by John Holland Joint Venture and Macmahon Holdings last May 2012, as the project promises to provide employment to almost 3,000 indigenous workers. Last September, the project developer has been officially transferred to John Holland Territoria Civil after the parent company of John Holland Joint Venture, Leighton Holdings, took charge of the Macmahon construction.

Inpex Ichthys’ operator is also conducting a separate investigation regarding the allegations thrown at the site’s subcontractor who is in charge of the remote laydown in the area and the civil works in the Blaydin Point facility.

According to Inpex’s spokesman, they are currently reviewing all the accusations made against them as operator of the project involving a training program which was organized by a specific subcontractor that is working under the company’s leading onshore contractor in Darwin.