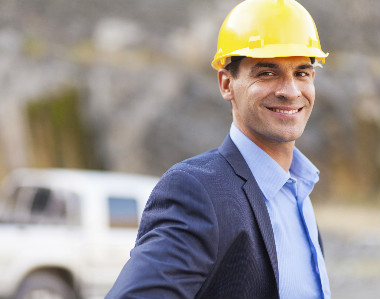 Ibstock Brick is one of largest brick manufacturers in the UK, with 20 factories producing more than 500 styles of brick. Like any brick manufacturer, they need to counter the risks that the rapid, repetitive handling of bricks presents; to do so, Ibstock Brick contracted an osteopath to take a new approach to manual handling injuries. They also invested in more suitable equipment. As a result, injuries and absences have reduced, benefiting employees, managers and the company.

Rather than just tackling the manual handling tasks, Ibstock Brick looked to remedy many contributing factors to injury.

An osteopath provides training on how the body works, appropriate handling techniques and symptom recognition.

Training in easy self-treatment and exercises

The osteopath explains to first-aiders and crew straightforward treatments and exercises that can help prevent injury.

Potential staff are evaluated for existing conditions so that new starters are not given tasks that may aggravate existing injuries.

All manual handling injuries (including those that occur at home) are seen by the osteopath within 48 hours. There are also annual check-ups with the osteopath to identify any problems early.

The proof is in the numbers

As a result of these changes, the company’s reputation improved and their efforts were recognised with an award for ‘Best Occupational Health Initiative’ for a medium-size company.

As a result of these changes, the company’s reputation improved and their efforts were recognised with an award for ‘Best Occupational Health Initiative’ for a medium-size company.

Ibstock Brick spent $540,000 on new equipment designed to reduce manual handling hazards with a working life of at least 15 years. Over two years, the cost of the external osteopath was $18,500 for training and treatment.

With such a significant investment, Ibstock Brick were looking to reap significant financial rewards – and they did. Brick production increased by at least $55,000 a year. Added to this figure is the savings associated with a lower staff turnover, the reduction in time spent on managing production with short-handed teams, and reductions in potential civil claims from injuries.

These savings have enabled the initiative to pay for itself over the lifetime of the new equipment.