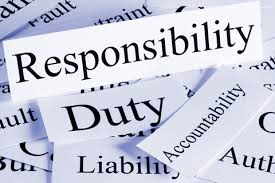 With the major reforms being pursued for implementation by trade unions, negligent business owners and company directors would be held personally liable and be charged with serious penalties including jail when an employee in their payroll is killed in the workplace.

While families of those employees killed in the workplace prepare for the special ceremonies, the Australian Council of Trade Unions has divulged their most campaign that pushes for stronger and stricter occupational health and safety laws that will re-educate irresponsible employers of this almost-forgotten responsibility.

Outside the Victorian Trades Hall in Melbourne, work boots will be placed in memory of employees who died in the region’s workplaces within the past year as part of the celebration of International Workers’ Memorial Day.

Secretary Luke Hilakari of the Victorian Trades Hall Council explained that the act of lining up the work boots across Lygon Street will serve to remind the company directors and business owners of the deaths in their workplaces as well as put emphasis on the critical significance of fighting to enhance the protection of the lives of workers and employees in the workplace.

A pair of babies’ shoes will also be included in the display so as to symbolise the nine-month-old boy who was accidentally killed last December by a forklift in an automotive workshop.

To follow through with this movement, the ACTU will call on the federal government for major reforms that will make negligent company owners legally liable and be charged with respective penalties that will include 20 years in jail.

Assistant Secretary Michael Borowick of ACTU reported how 48 Australians have died while at work in the past twelve months simply because not much has been done by their employers to ensure top safety is seriously implemented in the workplace. The ACTU assistant secretary pushed the necessity of changing the current laws into more powerful regulations so companies and businesses are made liable for their workers’ safety at work.

The Australian Industry Group, on the other hand, counter-explained that the unions’ push may have forgotten that company owners and directors could already be held liable by existing regulations that claim to provide balance between individual and corporate responsibility.

Spokesman Mark Goodsell of AiG explained that the strength of the country’s safety laws and their impact in the workplaces has resulted in a 40% reduction in the rate of fatalities in the workplace for the past ten years, which he added is a much better figure as opposed to other advanced countries.

Victorian Finance Minister Robin Scott further noted that workplace accidents do not discriminate. Scott analysed that while workers in Victoria are safer than workers from years past, there are still quite a number who die or get seriously injured at work.