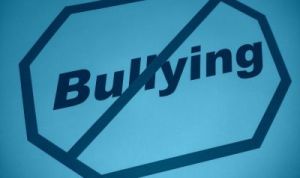 Once it's finalised and ready for implementation, a law firm warned that the WHS Code of Practice on Preventing and Responding to Workplace Bullying will be the catalyst for enterprises that exist in the usual white collar industries.

The legal experts elaborated further, "‘While Work health and safety laws apply to all industries, in practice the regulatory burden and risk of criminal prosecution is concentrated in dangerous industries such as construction, manufacturing and mining. The Bullying Code, while relevant to all Australians, pushes the boundaries of work health and safety law into white collar work."

As it is currently drafted, The Code defines workplace bullying as “repeated and unreasonable behaviour directed towards a worker or a group of workers that creates a risk to health and safety”. Additionally, it should address instances of overt and subtle behaviours that could potentially equate to workplace bullying.

It will be the concern of the relevant state, Commonwealth, and territory WHS ministers to approve it and give it legal effect in their jurisdiction, once it is finalised as said by Ball and Trembath.

It is acceptable in prosecution proceeding and it may be used by a tribunal or court to identify what could have done by a defendant to shield employees from bullying even if the Code is not a law. "‘That said, there is nothing to prevent an employer from adopting another method outside a Code of Practice that is equivalent to or of a higher standard than the standard required in a Code," they added.

The Code will establish Australia's standard for best practice taking into consideration the management of workplace bullying. It should be "seized upon" by workplace lawyers and HR consultants as mentioned by Ball and Trembath.

The Code will also support the reforms to the Fair Work Act 2009 (Cth) which will permit the Fair Work Commission (FWC) to give solutions on workplace bullying complaints from 1 January 2014. Business organisations are advised that the Bullying Code and FWC's new anti-bullying function will be tagged as the "catalyst for modifying behaviours in the workplace."

The legal experts of DLA Piper gave business organisations and consultants the following guidelines in order to prevent claims:

(1) Avoiding claims of bullying by workers who believe that they have been exposed to complaints and unjustified criticism:

Managers should be critical before criticising or complaining about an employee. He must conduct a structured meeting with the employee instead of saying ill thought out remarks in front of concerned employee and others.

(2) Avoiding claims of bullying by workers who believe they are doing jobs unreasonably below or beyond their skill level: Job descriptions play an important role and this should be handed out to the employees at the start of their work. Annual written performance reviews should also detail the required skill level and tasks. It should also outline mundane tasks such as photocopying or otherwise the more difficult tasks as well.

(3) Avoiding claims of bullying for over-scrutiny: Escalating certain issues to a more standard performance management like late for work or the lack of attention to detail should have a proper monitoring process by managers who are very particular about scrutinising employees in relation to legitimate concerns.

Ball and Trembath highlighted these few instances of how the Bullying Code will help the WHS law into white collar work. They argued, "these trends are likely to lead to a shift in the thinking of many organisations about the importance of actively managing employees."