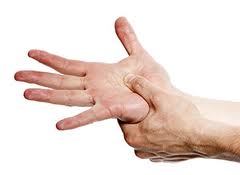 A contributing factor to most Australian labourers' muscle fatigue, stiffness and work injuries is whole body vibrations (WBV) which are due to high amplitude jolts and shocks.

Researchers did a whole body vibration examination among transport plants and mining companies each year using a vibration dosimeter. It measured the levels of exposure to identify work health and safety compliance within the recommended levels stated in the Australian Standard AS2670.

Samples were collected to analyse set up, condition, seat efficiency, seating selection, efficiency, terrain roughness and vehicle condition. The sample results were also used to implement risk management controls in accordance with the hierarchy of control: engineering to administration/PPE recommendations including recommendations on pre-employment, warm-up/stretching programs, training programs, and checklists.

The hand-arm vibration is the result of using vibrating hand-held tools like pneumatic jack hammers, chain saws, drills and grinders. These tools release a quick back and forth motion which are transmitted to the hands and arms of the worker. These vibrations can lead to Raynaud’s Syndrome or Vibration Syndrome and Vibration-Induced White Finger (VWF) which are highly hazardous to workers' health.

The Australian Standard AS2763 ‘Vibration and shock – Hand Transmitted Vibration’ does not directly imply exposure limits but it does report standards to the possibility of contracting VWF at various exposure levels.

Vibration Syndrome is a disease caused by vibrating tools that involve some symptoms like muscle fatigue, muscle weakness, pain in the extremities. Meanwhile, a Vibration-Induced White Finger which is also coined as "Dead Hand" or "Dead Finger" is the outcome of poor blood supply in the fingers due to frequent use of vibrating tools. Symptoms of VWF may manifest after several months, or perhaps it is not visible until forty years on the job. A minor and temporary tingling or the feeling of numbness during and after use of vibrating equipment is not diagnosed as VWF. But numbness in the fingers that linger greater than one hour after using vibrating equipment may be red flags for early stages of VWF.