Australian Defence Force: On the Hot Seat for Death of Commando 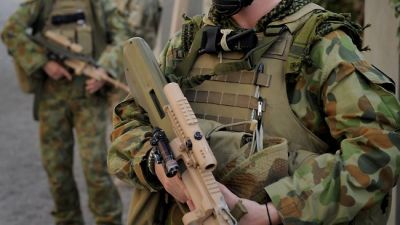 The recent death of Lance Corporal Mason Edwards during their team’s live-fire exercise has roused a number of speculations. Investigations have initially found the Australian Defence Force to be liable for a considerable breach of the Australian health and safety laws.

In October 2009, Lance Corporal Edwards was killed, while another elite soldier was severely injured, when a team of soldiers opened fire during training in a mock Afghan compound. The thirty-year-old psychology graduate and commando was readying himself for an Afghanistan deployment—his third—by exercising through battlefield scenarios with the use of real and live ammunition at the South Australian region’s Cultana base.

It was reported that Edwards and his teammates were crouching behind a think wall when another team surprisingly opened fire targets on another side, which accidentally hit Edwards in the head while the other soldier was severely wounded.

The said catastrophe urged an overhauling of the training program and induced an unspecified administrative actions against three members of the Australian Defence Force, all these under the fear of the Special Forces community that no one specific officer or member he held responsible for the mishap. Spearheaded by Andrew Kirkham, a commission of inquiry conducted in closed doors revealed that Edwards was not particularly aware of the risks and direct danger and should be in no way be blamed for the incident.

The Department of Defence recently announced that inquiries into the incident had been accomplished. In a statement released, the department mentioned that the commission of inquiry report will not be released nor any details of any administrative action against the three other members of the Australian Defence Force whose actions were put under scrutiny following the incident.

The department said that Defence greatly regrets the death of Lance Corporal Edwards and respective action must be taken to minimise the probability of a similar tragedy happening in the future.

The Australian likewise came to recently know of an independent investigation being conducted by the commonwealth compensation authority Comcare, which has confirmed that it has found serious breaches of health and safety laws and as such are seeking a Federal Court order against ADF, the reports of which are being given top confidentiality protection.

Comcare is very firm with its suggestion for the court to rule that the commonwealth, which is acting through the chief of Defence as Edward’s employer, has actually failed to take all practicable steps to provide and maintain a working environment that was without risk and was completely safe—added to that the fact of their inability to provide the necessary supervision.

With the case’s sensitivity, it continues to attract suppression orders from authorities and as such may be held in closed court.

Defence and Comcare have illustrated that as part of the legal procedures, the Australian Defence Force has wholly accepted the allegations of having breached health and safety laws of the state, which existed during the time of the incidence.

Defence now faces a maximum of $242,000 in fines plus the legal costs of Comcare for the case, which is expected to last for a year to be closed and finalised—while the judge may choose to make additional orders after the closing.