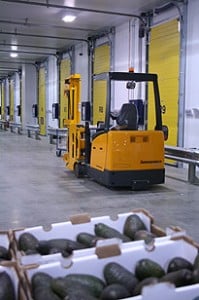 Two fatal accidents at the fresh produce Sydney Markets triggered the mandatory implementation of seatbelts and rollover protection gears for all forklifts and similar other transportation used in these work areas.

Both accidents, happening separately in 2012 and 2013, prompted the southern hemisphere region’s largest market for fresh food and produce to have their safety regulations reviewed.

While the farming industry authorities remain in a debate with the introduction of safety measures for all-terrain vehicles and quad bikes, seatbelts as well as rollover bars for forklifts have now been made compulsory for implementation in Sydney Markets.

The recent implementation of the said law could not come at a better time. It is reported that every working night, around 5,000 workers move at a frantic pace at Sydney Markets and almost 900 forklift trucks run around the expansive 43-hectare sheds of the market in Western Sydney, moving to and from wholesale stalls and retailer vans as they carry around fresh produce from trucks and other delivery vehicles.

In June 2012 however, a forklift driver died when he was crushed by his vehicle when it accidentally tipped over.

Chamber of Fruit and Vegetable Industries Chief Executive Colin Gray expressed his heartfelt sympathy for the families involved with the unfortunate incident that claimed the life of the driver Filipe Hehea. It was reported that when Hehea’s forklift hit a curb, it turned over, resulting in his death as he failed to escape.

The WorkCover investigation however verified that it was indeed an accident, and there was nothing they could have done to prevent it. The Chamber’s foundation made sure to take care of the family’s financial needs.

Seven months after, another forklift driver died on January 14, 2014.

Mr. Gray reported that two forklifts collided, with one of them toppling over that resulted in the death of Mark Rushton. The incident remains under investigation by the police, coroner, and WorkCover. He added that making safety measures—like the implementation of seatbelts—mandatory for forklifts will considerably reduce injury and potential death for the employees working in the market.

Mr. Gray said that when a forklift vehicle starts to tip, the driver’s natural reaction is to jump. The problem however with this is that the forklift will quickly topple down before most of its drivers can jump, where part of you can be caught under the heavy weight of the forklift. The seatbelt will safely keep the driver inside the forklift cage and should not suffer from crushing in the event of the forklift turning over.

On a typical busy Saturday, around 50,000 people turn up at the Sydney Markets for their fresh produce purchases.

In addition to the seatbelt regulation, the markets are urging everyone to wear the correct footwear and be more aware of the trucks, crates, and forklifts in the vicinity.

Topics: Facilities and the Working Environment