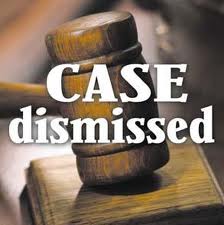 Here is a case study on workplace safety about performing and failing to communicate which is punishable by dismissal. It was documented under MC versus Best Bar Pty Ltd of FWC 2064.

An employee of Best Bar Pty Ltd who is a plant operator last September 2012 was dismissed. He was found neglectful of his duty, after he disconnected a device that is critical for the safe use of a machine that manufactures steel mesh. He did this without permission and then failed to communicate his actions to the concerned staff (no verbal or written request). The employees applied claims in the Fair Work Commission (FWC) for unfair dismissal.

The dismissed employee admitted to taking off the machine's safety switch. The reason why he removed such switch is because it won't stand on its own, in an upright position.

The employee did not know that the switch has a safety function. Most importantly, he denied of putting any life in danger.

FWC Commissioner Bruce Williams gave the opinion that the sole purpose of the switch is to prevent the risk of injury. It thus controls the machine from unexpectedly ejecting the next pack of steel mesh on the bed of rollers (strapping table) while another labourer was still working on putting ties to the first.

Aside from that, the employee being the safety rep (not to mention the five days of formal job training that he underwent to fulfil this role). The company viewed the employee as having sufficient appreciation and understanding of work safety issues at his workplace. Best Bar further confirmed that the dismissed employee is knowledgeable of the process and procedures for reporting safety hazards. He actively did it in the past.

The employee's actions were deviant to Best Bar's policy on tagging out equipment that are hazard risk or not working properly. It was clear enough that this policy had been communicated to the employee earlier in 2012. He is conscious of any repairs or maintenance required to the safety switch and this should have been reported to the maintenance supervisor.

Commissioner Williams said that Best Bar's decision is valid reason for dismissal. The fact that his action in removing the switch made the situation ‘more serious’ and the fact that he did not communicate this modification to his fellow machine operator, the supervisor or maintenance staff.

“This allowed employees operating the machine, exposed at greater risk because if they had not noticed that the switch had been removed then they may have worked in a manner believing they were protected by the switch, thereby increasing their risk of injury should the machine have ejected a second pack of mesh unexpectedly onto the roller table” said the FWC Commissioner.

The employee had undergone due process. Hence, Commissioner Williams believes that his dismissal is valid enough and neither harsh. The employee's application for unfair dismissal was not approved consequently.