Mine Safety: Measures to Prevent Another Pike River Tragedy 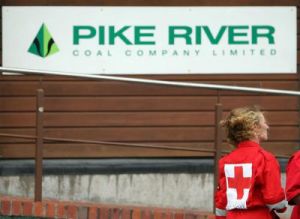 The methane explosion that killed 29 men last November 2010 still haunts the memories of The Pike River coalmine disaster in New Zealand. In line with this tragedy, the Royal Commission on the Pike River Coal Mine tragedy issued its report last year. This report contained approximately 16 recommendations for coal mining and work health and safety.

The issue on mining safety was brought up again in Australia after the results of the tragedy were released. It has come to the attention of Australian legislators, to propose changes in regulations and harmonise mining work and health safety laws. However, this raised conflicting views from industry groups, citing this could further result to over-regulation.

To make matters not complicated, the lawmakers should only address two questions: Are the current work safety laws in Australia sufficient enough to counter a similar disaster like the Pike River? Are the proposed changes to the policies of work safety necessary enough?

New South Wales, the Commonwealth, Queensland, the Australian Capital Territory and the Northern Territory were the first to introduce the "model" work health and safety laws January of last year. South Australia and Tasmania later followed the bandwagon. Victoria State is still uncertain about the laws and will not apply it in its current standard and structure. Western Australia even sought a consultant to determine the impact of the model work health safety laws. It will take time for them before they can formally introduce the proposed changes in the provisions.

Safe Work Australia and the National Mine Safety Framework have already collaborated to write the draft on Model Work Health and Safety Regulations - Mining which is to be adopted by all jurisdictions. Additionally, the draft incorporates also specific risk controls for mining hazards, gauging from previous mining tragedies learned from Moura No. 2 (1994), Gretley (1996) and Beaconsfield (2006).

The Minister for Natural Resources and Mines Andrew Cripps acknowledged Queensland to already have the best mine safety legislation in Australia. He added that it would not be changing its mining regulation for the sake of harmonisation. His public statement was further supported along, by the establishment of a cabinet committee that will trim down regulatory burdens in the mining industry. This also follows helping mining companies to slash down costs of operations.

Are there still other loopholes in the current Aussie mining regulations?