Workplace Bullying - A Domain of FWC 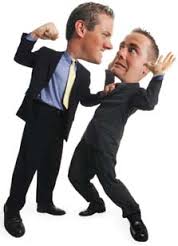 The government needs to explain why it moved bullying to the FWC instead of increasing resources to the State OHS regulators? This has been the debate since Australia’s Workplace Relations Minister Shorten’s reply to the Parliamentary Inquiry into Workplace Bullying. Shorten had announced of bringing the investigation of workplace bullying cases under the Fair Work Commission. Everyone else in the media is asking about his reasons for not establishing an independent body into this important issue.

Why not give the role to Safe Work Australia (SWA)?, an agency that provides guidance on how to prevent workplace bullying. These are the questions that have been bothering the public. Shorten explained his side on ABCNews24 telling everybody what was wrong with the existing system, quoting him, “Well, there are state regulators, so being a federation made up of former colonies every state does something different. And what we have is safety regulators – and I think they’re doing the best they can with the resources they can – but we have a Fair Work Commission. Workplace relations are, increasingly, a matter upon which there is national law, and we should have a national solution to complement what the safety regulators are already doing."

State OHS lacks the required resources in providing solutions to workplace bullying issues. Shorten perceives the new Fair Work Commission role as complementing State regulators. But the Minister's comments are implying that the FWC will have the lead role on legal cases. The media is clamouring for “detailed analysis” of the Minister's rationale. There have been some gaps or miscommunications between the Minister and the media reports. Minister Shorten wants to emphasise that monitoring work performance does not constitute bullying at all - if he meant it as disciplining the employee. However, the media interprets workplace bullying, as creating trouble in the workplace or as misunderstandings, personal clashes or being overly sensitive (on the part of the bullied).

There is a serious misinterpretation of workplace bullying in the media and this can readily influence the State OHS as a whole. OHS is seen by the public, as a disruption to the "business" rather than being part of the whole process of mitigating workplace bullying. Minister Shorten issued a media release instead to further support his stance, he said “The Government’s response supports measures to adopt a national definition of workplace bullying, to promote education and awareness of what constitutes workplace bullying and to lead the development of national training standards to improve responses to bullying complaints.”

Sad to say, the Minister's media statement was plagued with publicity. The core issue of telling the people how workplace bullying will be prevented was not emphasised well by the media reports. Even then, The Australian Council of Trade Unions (ACTU), is very receptive with the Minister’s decision as it places workplace bullying in a legal framework. The ACTU is familiar with the issues across (though the cynics may say manipulative), or at least accepts the fact, that bullying needs prevention. ACTU indicated in its press statement, “But no matter what the laws, employers must be accountable for providing safe workplaces in which bullying does not occur in the first place.”

Meanwhile, other media reports say that, “Other recommendations supported by the Government include Safe Work Australia developing materials for employers that provide advice on preventing and responding to workplace bullying. Safe Work Australia will also work with the states and territories to develop nationally accredited training for managers and health and safety representatives to help them deal with bullying.”

A lot of other debates are ongoing, like whether the Australian Government will require making changes in the Fair Work Act to implement its policies. It should be stipulated that any training MUST be fully supported by employers and their industry associations. And, the training is for “dealing” with bullying and not preventing it. The access to affordable legal remedy for workplace bullying will be crucial, taking into consideration that many of those workers who are seeking justice are already suffering from mental anguish and fragility, and that legal expenses may already be on worker's compensation. The amended Fair Work Act must also cover the means to attain affordability and timeliness of mitigating bullying, by structuring an appropriate mediation service that minimises the need for legal representation.

Safe Work Australia is already developing a National Code but it has almost always been the State OHS that have taken the lead on workplace bullying advice. The Minister concluded his statement by saying, "Today’s announcement to empower the Fair Work Commission to deal with bullying complaints will provide an accessible, affordable and timely pathway to help resolve bullying matters for workers and employers". Shorten believes that these are the measures that will need to be applied to determine the success of the Australian Government’s workplace bullying strategy. The FWC is a national body with State presence. However, it will necessitate more resources to ensure workers and others can access their services and those services must be effective and efficient.