Mine Death Attributed to Confusion on Requirements of Tyre Pressure 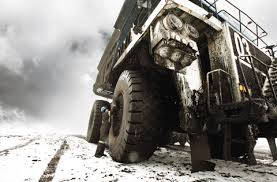 A coroner recently advised the mining industry to strictly adopt and implement the use of wireless sensing equipment for tyre pressure, this after the reported death of a miner in 2010.

In 2010, fifty-three-year-old Wayne Robert MacDonald was killed at Foxleigh mine owned and managed by Anglo American, one of the world’s largest mining companies, after simply making a tyre change on a trailer that was connected to a prime mover.

The coronial inquest in Queensland reported that MacDonald’s death was caused by a “zipper failure,” which was the cause of the exploding tyre.

It was further explained that the said incentive caused a catastrophic percussive shockwave of air to strike MacDonald while he was on his back in the confined space between the sets of the trailer’s wheels.

Queensland Coroner David O’Connell reported, after a thorough evaluation of the incident and its details, “There are compelling reasons why the system of work adopted by Mr. MacDonald, of crawling between the two sets of dual wheels, should be condemned.”

The Queensland coroner highly expects the implementation and regular use of remote pressure tyre monitoring systems at the respective mine sites within the next two years. Mr. O’Connell further mentioned that a trolley jack with an extended handled should also be a mainstay in the work mines and must be used regularly to prevent having to get into close proximity with the tyres.

Investigation on the said incident also showed that there was a great deal of confusion among the workers at the site as to the proper and the correct tyre pressure level to be observed. It was further reported that there was a sign at the mine site that indicated inflation pressure was at 125 psi as opposed to the 130 psi, which is the recommend pressure of Goodyear.

O’Connell further mentioned that the confusion was the main cause by which the tyres were being operated outside the recommended specifications for speed, inflation pressures, and road conditions for the load that they were appropriately designed to carry.

He explained the necessity to have recommendations to be placed in order so that mines will focus on reviewing everything about their tyre management practices to make sure that all tyres are being operated only within the recommended and appropriate specifications. It is also applicable to establish an annual review to be conducted regularly to ensure that compliance to such recommendations be made strict and compulsory.

It was however mentioned by the Queensland coroner that currently there is no Australian Standard applicable to wheels and tyres of larger diameters, particularly those of up to 24 inches.

Mr. O’Connell expressed his concern and his disappointment with the fact that even with the prior investigations in Queensland having established numerous recommendations for the Australian Standard to be modified and amended (in the Inquest of Marshall) or created (in the Inquest of Davis) or even simply alternately reviewed, the said processes have unfortunately fallen upon deaf ears, with no desirable impact observed so far.

O’Connell finalised his report by emphasising that every new or repaired tyre should strictly undergo integrity testing in a conducive tyre inflation cage by its inflation to a pressure of 120% of its recommended minimum cold operational pressure. After which, there must be around 20 minutes of testing for its integrity before the pressure is eventually reduced to the recommended least operation pressure before it is finally fitted for operational use.