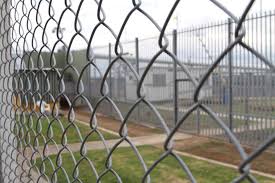 More and more questions have been raised as to the concrete roles Comcare should be having in terms of preventing alleged abuses occurring at the off-shore immigration detention centres. Social workers and psychiatrists have been pouring over revelations that officials are well aware of reports to signal that secrecy on this matter only increase the risks.

Australian Lawyers Alliance, a civil rights-focused organisation wants Comcare to promptly conduct their investigation on allegations that physical and sexual abuse in the said detention centres went tolerated for more than a year by other members of the government including those of the Department of Immigration and Border Protection.

The lawyers’ alliance reported that an open letter that was earlier published by a group of 23 social workers and psychiatrists altogether who were previously employed at the Nauru detention centre is the first evidence that, knowing of the physical and mental abused being caused, the Commonwealth did not take the proper measures to protect citizens from harm.

Comcare is held accountable for monitoring health and safety within and among workplaces in the Commonwealth as well as taking appropriate enforcement actions in the event where Work Health and Safety legislations are not being complied with. Comcare has however not found any evidence of breaches with WHS in many of the inspections conducted on the offshore detention centres, even despite receiving many reports of illness, harm, and injury than for other work areas that they oversee.

On behalf of the ALA, criminal lawyer and an asylum seeker advocate Greg Barns, said that there was a large possibility that the courts will hold the Commonwealth liable in future compensation cases. With their responsibility to ensure the safety of workers and detainers in Commonwealth workplaces, Comcare should investigate the matter immediately. Attorney Greg Barns also reiterated that in the event that a private sector employer fails to take appropriate steps to protect employees or others who come onto the workplace, even after being warned by professional advice, they will be prosecuted.

Max Costello, another lawyer and a former Victorian prosecutor of WHS, likewise suggested that the agency is putting aside its responsibility in ensuring that the government oversees the safety of all the people in the detention centres and that any level of illness and injury to asylum seekers will not be tolerated across all Commonwealth workplaces. Barns expressed his agreement with Costello’s views, adding that he saw no reason why WHS Act exemptions would be applied to detention centres.

Following these claims, a Comcare representative explained that the process of identifying the extent of the accountabilities owed under the WHS Act may become complex in cases where there exists contractual arrangements with foreign individuals or entities.

The institutional characteristics of detention centres in Australia—specifically the secrecy surrounding them—encourage the presence of physical and sexual abuse risks of the helpless detainees, according to the psychiatrist who signed the open letter, Dr. Peter Young.