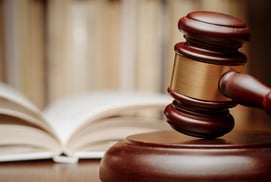 The recent decision of the ACT Industrial Court in the case of McKie v Al-Hasani and Kenoss Contractors Pty Ltd has valuable lessons for everyone in the WHS industry.


The ruling particularly relates to the distinction between ‘Project Managers’ and ‘Officers’ and the responsibilities and legal obligations that come with each role.

For those unfamiliar with the case it involved the death of a Kenoss subcontractor who was electrocuted after his truck came in contact with live power lines at a disused compound. Charges were brought against Kenoss Project Manager Munir Al-Hasani under section 27 of the WHS Act, citing that he had breached the officer’s WHS duty.


However, the court accepted that Mr al-Hasani was not an ‘officer’ and therefore, did not owe the officer’s WHS duty. His role was determined as purely ‘operational’, with no corporate obligations.

Many legal commentators are claiming that the decision sets a precedent around the WHS legal responsibilities between officer and project managers, but this is not the case. In my view, the Magistrate has made a clear ruling that this determination will be made by the courts, case by case, based on the specific circumstances and the extent of influence the person could exert on an organisational level.

Lessons for the industry

This tragic situation has been a test case for all of us in the industry. But regardless of the ruling, it’s a timely reminder about our obligations and the importance of due diligence.

Based on the outcome of this case our advice is to ensure that: