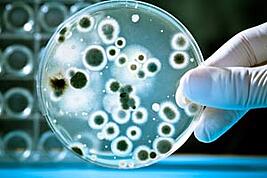 Worksafe Chief Executive Denise Cosgrove and Worksafe Chairman David Krasnostein were sensationally discharged from their posts by the state government.

Premier Daniel Andrews expressed how he had eventually lost confidence in Worksafe’s safety management body after what seemed to be a grave misjudgment of carrying out critical part of their job. This was in December, after the government was assured that what turned out to be contaminated water at the Fiskville training centre of Country Fire Authority was actually safe.

In a conference, Mr. Andrews unhappily reported, “They cannot explain how they got this wrong, in fact they cannot guarantee us that they even tested the water. I will not be lied to, and I will not accept incompetence.”

Premier Andrews emphasised that it was only around two months between the Worksafe body making a report that the potable water was safe and that incident when a hazardous chemical was discovered. He continued to express his dismay “when you’re confronted with that complete inconsistency and people can’t explain to you how it is that they got it so very wrong, either someone hasn’t done their job or someone has been untruthful.”

The Fiskville training centre of Country Fire Authority was immediately closed following the incident of the critical discovery of chemical associated with firefighting foam (that is now legally prohibited for use) in their water supply. The training center has long endured similar issues of contamination that unfortunately have been linked to cancer among former workers at the Country Fire Authority.

CEO Denise Cosgrove and Chairman Krasnostein respectfully submitted their resignations after hearing from the premier.

Finance Minister Robin Scott explained, “The public needs to have confidence in Worksafe because it’s responsible for the health and safety of Victorian workers. Confidence in public regulators must not be compromised . . . An assurance of safety was given. The Fiskville findings prove otherwise.”

Cosgrove, on the other hand, was Accident Compensation Corporation’s general manager of people and business services and claims management, the injury compensation scheme of New Zealand.

Appointed by the Baillieu government, Cosgrove was previously caught in a controversy when ACC was involved in a significant privacy breach after it sent critical details of a large number of its claimants to a certain individual who should not have any access to them.