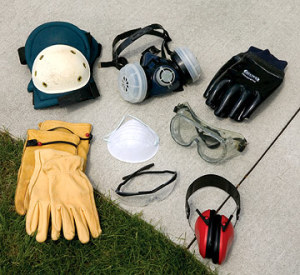 From the use of a bright-coloured jacket to a piece of wood, development workers speak their minds in order to talk about an item that they carry all the time in the workplace to ensure their safety.

Working in an environment that is outside of your comfort zone can give way to several hair-raising situations. We talked to four people coming from numerous development organisations in different areas all over the globe in order to reveal to us what is that one object that they never forget to pack and place inside their bags, and how much help it has given them regarding their safety.

What Is The Most Important Object For You?

According to civil engineer and architect Phil Khorassandjian, he never leaves home without his leather belt which was hand-made for him in Islamabad by a skilled artisan. When asked why, he said that although the object is just ordinary on the outside and does not really differ from regular belts, the inside actually has a secret zipped pocket. In here, he keeps folded and ironed $100 bills so that they will not be that noticeable. For men who are working abroad, losing everything you have while on the field is completely terrifying and you do not want to end up penniless in the middle of nowhere. The money that Phil carries provides him with a certain kind of security and comfort.

Christian Aid’s finance manager Mayela Hurtado always keeps a tiny triangular piece of wood inside her pocket, which is longer on one side. She normally places the longer end under a door, for instance, at a hotel, so that it cannot be opened. She relates that while she was in Guatemala, activities regarding drug trade were so rampant. Because they have numerous projects in the area and there were no decent hotels, she stayed at a guest house with no secure lock. The use of her small wooden triangle gave her some much needed and secure rest.

Tony Taylor, an emergency humanitarian consultant, keeps a GPS tracker with him as it allows him to send texts about his whereabouts through the use of a satellite network. Because he is a frequent traveler in places like Egypt and Libya, with borders not properly patrolled, they are always being stopped by armed smugglers. Through the device, at one time, they were able to inform other people about their situation and their last location was put on record.

Sanitation, water and hygiene engineer, Chris Davies, said that he always carries a lighter and a pack of his favorite cigarettes. Although he is a non-smoker, he carries the objects with him wherever he goes because there is nothing which can better alleviate a difficult situation that is slowly getting out of hand. Sharing a stick of cigarette with a person naturally provides some kind of break, which is great chance to be able to step away from a start of a boiling conflict. Oftentimes, troublesome scenarios are averted with just a quiet moment and cigarettes.