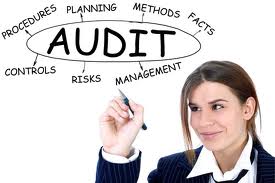 The Queensland Government is contemplating to incorporate some changes into the state's WHS laws to protect the small businesses that would be identified as "financially disadvantaged.” Another purpose of this survey is to put a stop as well of accusing employers of putting "profits before people.”

Previously, the Federal and State Government legislated model safety laws that are composed of a uniform set of laws in each jurisdiction. The Queensland Government will consider changes to its work health and safety (WHS) laws if the results of the new survey will confirm small businesses have been ‘disadvantaged financially’.

The legislation took effect for a year and the safety audit wants to find out if small business owners are very familiar of work safety laws. Twelve months after the said law was applied, Attorney-General and Justice Minister Jarrod Bleijie felt the need for a scientific basis of determining the effectiveness of WHS laws by conducting an online survey.

Minister Bleijie said, "No owner wants a poor workplace safety record and as a government we are committed to doing what we can to help small business. The large industry has the capacity to invest in state-of-the-art technology and employ more staff, which often makes it easier for them to comply with new legislation."

"Being safe at work is essential for both employers and employees but we want to ensure small business owners don’t feel disadvantaged financially by the changes.” he added.

Meanwhile, Minister of Small Business John Stuckey confirmed in an interview that this is exactly what they are doing, by finding out the real needs of small business owners.

"This Government is committed to working with business rather than just telling them what to do without consultation. We promised Queenslanders we would grow a four-pillar economy and that is exactly what we are doing by finding out the real needs of small business owners" he added.

The Minister likewise acknowledged the fact that they should take the lead in these efforts. He said, “We will also invite businesses to take part in focus groups across QLD to further investigate into any significant issues highlighted by the survey. This Government is committed to working with business rather than just telling them what to do without consultation."

The Queensland Council of Unions (QCU) has a conflicting view with regards to the proposed amendments in WHS laws. According to QCU, it should be noted though, that the only change required in QLD's safety laws is to beef up current injury prevention and management programs. QCU President John Battams further explained, "Sadly there have been 28 work fatalities or near-fatalities in Queensland since November last year."

“The best thing this government could do is to direct more funding to extra resources for the Injury Prevention and Management Program (IPaM) run by WorkCover. What small business really needs is more information and advice on how to keep employees safe", the QCU President said.