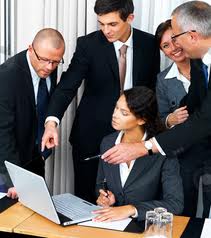 A project will start that will promote awareness among local construction firms regarding the ease and similarities of worker on either side of the border in Yarrawonga, Victoria.

Inspectors from Victoria WorkCover Authority (VWA) and WorkCover NSW will visit construction sites in Mulwala, Yarrawonga, Barooga and Cobram to conduct site inspections from 26 to 30 August.

Shane Gillard, VWA Regional Director said that inspectors will visit to do some interviews from businesses as well. He said, "Many businesses are based in one state, but undertake work in the other, hence the reason for the joint agency approach to address any confusion they have around the differences between Victorian and NSW safety laws.

Inspectors from both organisations will be visiting commercial, domestic and civil construction sites throughout the Yarrawonga region next week and they are looking forward to answering any questions these businesses may have.

The Regional Director also believes that the project will help to reduce the hazardous fatalities and injuries caused by unsafe work practices. Mr. Gillard further said, “We will talk to builders and sub-contractors about recognising, managing and controlling construction hazards and risks on both sides of the border, using Safe Work Method Statements and supplying a simple inspection checklist to make things easier. The checklist will also be used by inspectors to ensure that there is a consistent approach to health and safety across the region.”

There were 1,209 injuries and illnesses in the NSW construction industry in the three years to 2010-2011 according to the numbers reported by WorkCover. These include three fatalities in southwest NSW. These three fatalities demanded a value of $14.3 million to the NSW workers compensation system.

John Watson, WorkCover NSW’s Work Health and Safety Division General Manager, explained that the risks and controls on construction sites were consistent regardless of which state builders have worked in. He said, “There is a perception among some businesses that they must comply with a completely different set of safety requirements when they work across the border, this projects aim to address those misperceptions and help construction businesses understand that the requirements for a safe worksite in NSW are same as those in Victoria.”

Victoria statistics showed that there were 34 construction worker injury claims in Victoria’s Moira Shire region, at a cost of more than $900,000 in five years prior to 2012 to 2013.