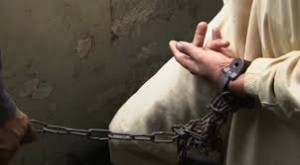 When a prisoner who was having a bad day threw a billiard ball at Jason Gould, the billiard ball was the last object the prison officer was able to see clearly with his left eye.

Mr. Gould reiterated that when the inmate threw the billiard ball at him, it ruptured his left eyeball causing the iris and the lens to fall out, further fracturing the eye socket and dislodging his cheek. The prison officer had to undergo a cornea transplant and another surgery to put some artificial lens in. Now four years after the incident, Mr. Gould have had 12 operations and continue having difficulty seeing even his own hands through his broken eye.

Mr. Gould is only one of around 4000 prison officers in New South Wales who are spread across a fast-growing population of prisoners—and who firmly believe that their safety at work is at a considerably increased risk.

While the government has been happy about the growing population of inmates as a good reflection of the country’s stringent bail laws, the Public Service Association has expressed their equally growing concern over the safety of prison officers in their workplace as well as the gigantic cuts to their entitlements from their compensations.

From 9,886 in April 2013, the adult prison population has grown to 11363 in March 2015, according to the latest figures from the Bureau of Crime Statistics and Research.

Mr. Gould is among thousands and thousands of prison officers who have been greatly affected by the NSW government’s changes to the 2012 WorkCover scheme and have therefore lost workers compensation benefits. Other emergency service workers and law enforcement employees including the police have been given special exemptions from the cuts.

Under the said changes in 2012, medical benefits cut out after 12 months for Mr. Gould who has to come up and pool resources of about $6000 every year for his ongoing treatment and medication. Prison officers are also unable to obtain lump sum payments that other injured police have access to.

Mr. Gould expressed his disappointment and felt that he was abandoned by the whole system. The prison officer, who has a wife and two teenage children, reported how it cost him $800 for a return flight from Broken Hill to Sydney just so he could be seen by a specialist eye doctor.

NSW Public Service Association representative for prison officers, Steve McMahon explained that the growing population entailed less access to phone calls and exercise areas for the prisoners. This has resulted to overcrowding, which is the primary reason for unrest.

The PSA has been receiving an alarming number of reports of similar prison assaults and continue to call on the government to give back the lost workers compensation benefits to the prison officers, the representative added. He explained that the police are dealing with the same people that prison officers are dealing with.

A WorkCover NSW spokesman said that the government is currently considering the findings as well as recommendations of the independent review from the Centre for International Economics regarding reforms on the 2012 Scheme and the review of the WorkCover Authority’s exercise of the functions of the Law and Justice Committee.