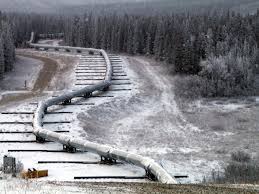 Due to a fatality caused by attempts to dislodge underground pipe with a chain connected to an excavator, a coal seam gas company (CSG) was convicted and fined. Hence, it led to the arrival of the decision from Industrial Court of NSW to fully implement the NSW safety laws for the coal seam gas industry.

The matter of Nash v Eastern Star Gas Ltd [2013] NSWIRComm 75, the company (now known as Santos NSW Pty Limited) was convicted and fined $120,000 for a breach of the then Occupational Health and Safety Act which arose from an incident at a work site in August 2009. This case happened in September 2013.

During the process, the labourers responsible for the underground pipe work were constructing pipes using a horizontal directional drilling machine. A pipeline was stuck and the labourers tried to retrieve the pipe through a chain connected to an excavator to release the pipe. The chain between the excavator and the pipe failed during the retrieval process. The pipe that came into contact with one of the labourers (while the pipe is recoiling) killed the said worker.

Firms in the CSG industry must comply with safety requirements of the WHS Act. Operations within the coal seam gas industry are now governed by the safety requirements as set out in the NSW Work Health and Safety Act. The WHS Act has encompassed the application of the safety laws, in order that the business or undertaking (PCBU) is urged to ensure, as far as reasonably practicable, that the health and safety of persons are not at risk from the work carried out. Officials of a PCBU are also required to have an effective due diligence system in place to ensure that safety was being properly managed for the business activities of the PCBU.

Because of the incident, it is suggested that if a worker is a PCBU within the coal seam gas industry, he is obligated to take steps to ensure that the safety management system will implement the appropriate risk management controls to manage the risks in retrieving pipes that have been stuck underground.

Moreover, officers of the PCBU should be dedicated to operational staff to advise if their safety management system is adhering to best practice in conducting business. More particularly, it is important to ask if the operations utilising current technology, compliant on the current NSW codes of practice and assessing new codes of practice being released by Safe Work Australia and other safety regulators around Australia.

It is mandatory that the WHS obligations apply to all worksites, even when work activities are not occurring. It is delegated upon the PCBU, that in undertaking a worksite risk assessment, the risk of other persons entering the site outside work hours (both lawfully and unlawfully) is properly addressed.

It is highlighted that PCBUs in the coal seam gas sector acquire legal advice to ensure that they are meeting best practice in this industry.