Mental Health Literacy and Stigma in the Workplace 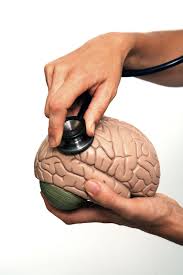 A recent study found out that 4 in 10 workers are discrete and are willing to cover up depression problems from employers. Majority of these workers, or around 50% of them, fear that their jobs might be compromised if the truth about their emotional health is unravelled. A staggering four out of 10 Australian employees that file for sick leave for depression were discrete about it and would not tell their employers.

Compared to its European counterparts, Australian workers are twice more possible of not confessing to their superiors that they are suffering from depression based from a sample of 1,000 workers that have been studied by SANE Australia. The study further revealed that Australian workers had taken 14.6 days of sick leave on the average. Around 50% believe that it is more of a personal issue rather than an employer's concern. Meanwhile, Beyond Blue determined in their research that 3 million Australians are currently living with depression or anxiety.

The results of the study was further interpreted that a stigma affects mental health in Australian workplaces and it is a major issue. Jack Heath who is SANE's CEO made a remark: "We know Australians in the workplace with depression don't feel comfortable raising the issue. In Australia, there was a significantly higher level of concern that Australian employers wouldn't understand the issue and wouldn't know how to support them. What's interesting is that this seems to be a particular problem in the workplace because when people were asked whether they would disclose their illness to a partner or family friend, we got exactly the same [results] in Australia as we did in Europe."

He added, "We've been good in increasing awareness - what people would call 'mental-health literacy' around depression; we've done phenomenal work around that, but we haven't had the shift in the terms of stigma that we need. You can do things in terms of increasing awareness and understanding, but unless you get those changes in attitude around stigma then you don't get changes in behaviour."

Stigma in the workplace is still a lingering issue. The CEO of Beyond Blue believes that the statistics are "very worrying". However, it is unlawful for an employer to sack somebody on the basis of a mental health issue.

The Mentally Healthy Safe Workplace Alliance has the advocacy to make it clear to employers that having a mental-health safe workplace is not only the law. It will also help promote productivity, enhance profitability, cut down staff turnover and absenteeism.