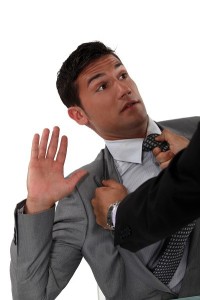 Over the past two years, some 74 incidents of workplace violence or injuries were recorded that involves ACT emergency personnel. There were 17 incidents recorded over the past two years involving workplace violence where a paramedic was assaulted physically and verbally based from the reports acquired by the ABC. The paramedics were kicked or punched by patients in the stomach or face. One patient grabbed the paramedic around the neck with both of his arms. The usual incidents include bruising and injuries on the soft tissues of the human body and cuts that seriously require medical attention.

Surprisingly, there was a stalking incident in which a driver acted out an intimidating behaviour by following an ambulance for 20 minutes until he was caught by the police. There were 57 serious workplace injuries which needed ambulance officers or fire fighters to take five days or more off work or be treated at hospital. The injuries ranged from manual handling injuries to a cut finger in the lunch room to a certain extent like mental stress from paying attention on workplace bullying. Like in this case, a fire fighter had a post-traumatic stress condition, after witnessing a motor vehicle accident where a family friend had been killed.

Transport Workers Union's Ben Sweaney noted that there are much more incidents of workplace violence that have not been reported. "This is really just the tip of the iceberg. There's a real fear in ambulance culture of reporting these types of incidents when it comes to workplace violence either for fear of retribution from managers or being labelled weak." He added, the statistics should sound alarm bells.

"For the size of this jurisdiction especially, the instances where officers have claimed workplace violence and the ACT Ambulance Service has failed to foster a safe working environment," he said.

Ambulance Service acting deputy chief Howard Wren argued that ambulance staff are encouraged and supported to report incidents of verbal and physical threat. Mr Wren indicated that there were about 70,000 patient contacts during that time and the reported figures must be put relevantly. "In recent years there has been a big push for people to report any situation where they've felt threatened, even though there may have been 70 incidents reported we have to put that in context. Some of those are threats rather than actual assaults, which the ambulance service now has a very strong culture of encouraging people to report." he said.