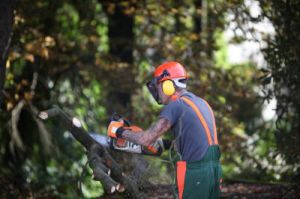 January of 2013 was an unforgettable day for Tasmania as it commemorated the last of its recorded fatal accident. The forest industry of Tasmania has been a high achiever and meets quality standards in Work Health and Safety (WHS) over the past years. This was made possible through the efforts of a number of industry specific initiatives along with the cooperation of various stakeholders.

The Forest Safety Standards Committee was formed to cover issues identified with WHS problems and generate industry information on resolving these issues. The committee is also responsible in structuring an industry-specific code of practice which has been the standard procedures being practiced by forestry operators.

Other projects of the committee also include safety management system and formulating a training and licensing scheme. The Tasmanian Forest Contractors Association and Forestry Tasmania have collaborated to encourage worker's and employers' awareness of the importance to abide with the WHS legislation.

Mr. Roger Geeves and Mr. Robert Buchanan, both Workplace Standards inspectors, have also been participative in these initiatives. They collaborate with forest operators in improving work safety procedures on their sites. They do so by conducting safety inspections across Tasmania.

‘Six years without a fatality is a commendable achievement for the forest industry,’ said Roger. He was bothered though about serious injuries, "However, since October 2012, there have been 11 serious incidents that have resulted in six workers being injured — and all were preventable."

Some of the identified serious incidents are as follows:

‘We are concerned that the forest industry’s good record may end because of complacency.’ said Robert. With all these hazardous work incidents, Mr. Roger and Mr. Robert both believe they will be constantly proactive across Tasmania by doing site visits to ensure the work safety of forest operators.