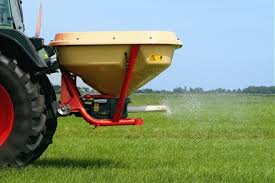 Making sure that a farm is safe is certainly no joke. Just ask 2014 Dairy Farm Safety Award winner James and Philippa Langley.

While occupational health and safety manuals are easily understandable and conveniently implemented because of Anna Webb, the Langley’s daughter, who has a background in human resources, ensuring that they are adhered to takes hard work.

According to Mrs. Webb, they always try and make sure that they keep a high standard when it comes to tidiness and cleanliness around the farm.

The dairy farmers from Montagu abide by all their safety manuals, seeing to it that they remain on top and are vigilant all the time – signs are present in the farm’s hazardous areas, regular meetings are held wherein employees are present, speed limits are strictly adhered to when driving the four-wheelers, and helmets and other protective clothing are worn.

Mrs. Webb adds that they do not want accidents to happen inside the farm, noting that if any untoward incidents did occur, they want to make sure that everything has been done to have prevented it.

Originally operating a beef and sheep farm in New Zealand, the Langleys decided to move to Circular Head roughly a decade ago where they purchased the dairy farm at Montagu.

The family prides itself on seeing the farm grow from only 300 cows to a cattle count of almost 700 at present.

Since then, the Langleys have been involved in the implementation of farm safety and health laws, together with other relevant statutes.

According to Mrs. Langley, they always made it a point to do things around the farm correctly. After they started operations, the whole family was intent on implementing farm safety rules.

Just three years ago, Mrs. Anna Webb, along with her husband James, made the cross-country trip to Australia in order to join her parents.

After graduating with a degree in organisational psychology at a university in New Zealand, Mrs. Webb obtained a diploma in human resource management after completing a one-year training course through DairyTas.

According to her, the most important part of her job focuses on occupational health and safety. Adding her skills set to the farm operations which her parents started is of great importance to her.

The DairyTas Farm Award is sponsored by Work Safe Australia. It is given to a farming business of farmers who have demonstrated the best practices when it comes to procedures and management of every aspect in farm safety like record keeping, training and assessing and managing incidents.

In order to give back to the community, the Langleys will be hosting a field day which is open to the public.

The efforts which were exhausted by this small family and their eight regular farm workers are proof that all actions which are geared towards the promotion of occupational health and safety are awarded over time. May the Langleys serve as an example to other farm businesses and trade or business entities that, with effective health and safety regulations, production is maximised and business progresses.