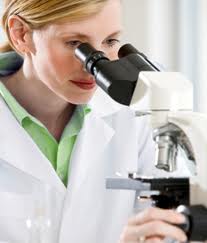 Promoting a safer, more productive workplace, can help minimise employee turnover and absenteeism, reduce employer risk, and lower workers' compensation incidence rates. Employment drug testing is a powerful risk tool that brings far-reaching organisational benefits. The safety of workplace likewise hinge on a drug free zone. It has been mandatory in majority of the companies to undergo drug testing, either for pre-screening or random suspicion-less testing. Work in a place that is prone to drug buy bust operations or inhabited by discrete drug lords is satirically and obviously unsafe. Safety is not only confined to the physical well being of the worker, but the mental state of the people surrounding you as well. The very people who have strong influence to an employee’s actions and relationships with co-workers, peers and family, are the very people who may have possible access points to prohibited drugs. Take for instance, some people take methamphetamine outside of work occasionally. However, the stimulant effect of these drugs can last anywhere between seven and 24 hours and the “coming down” time may have a serious effect on their ability to perform at optimum levels.

However, some workers are yet cynical, as according to these people, workplace drug testing establishes a relationship that "owns" the employee. He is subjected somehow, as a “property” of the company, rather than a valued contributor. This goes to saying that drug testing is an infringement of an individual’s bodily integrity and his or her right to privacy. Furthermore, workplace drug testing shows a lack of management competence. It relies on flawed tests that don’t even distinguish between the drug impaired and non-impaired. The anti-drug testing folks advocate that while there is sufficient evidence that drugs play a crucial role in workplace accidents and injuries, there is also a growing body of evidence indicating other factors may play a more important factor, such as dangerous working conditions, insufficient training and supervision of employees, fatigue and poor working conditions and procedures.

With compelling reason, those in favour of mandatory drug testing in the workplace generally base their arguments strongly on security, productivity and safety. In workplaces where employees work with heavy machinery, drug testing has a profound effect on workplace accidents. Employers that implement regular pre-employment or spot drug testing, experience roughly half of the workplace injuries of employers who do not implement drug testing. Worker’s compensation claims also drop when drug abusers are eliminated from employee payrolls. Medical studies show that drug abusers are five times more likely, than non-users to make worker’s compensation claims. Even in work environments where no heavy machinery is involved, drug testing is indispensable in workplace safety. Medical studies have found a direct relationship between workplace violence and employee drug abuse reported 66% of employees arrested in incidences of workplace violence tested positive for drug use.

An effective drug testing program promotes a multitude of benefits other than a safe, productive workplace. More than half of the organisations in Australia conduct drug testing on all job candidates. More than one-quarter of these organisations do not have a pre-employment drug testing program. By monitoring industry trends, medical institutions can maintain the program effectiveness by understanding which drugs are being abused and modifying the testing panel based on available information. Similarly, laws and regulations will help dictate what can be tested and how that examination should be conducted. Drug testing itself has become a significant part of an employer's Work Health and Safety obligations since the inception of Workplace Health and Safety legislation. According to the Workplace Health and Safety legislation, an organisation’s drug policy (which may include random drug testing) should provide the following:

The most common types of testing technologies used in the workplace are breath analysis, urinalysis, and saliva testing. All three test technologies have limitations. Apart from breath analysis, which can detect drug abuse, no other workplace drug test can detect intoxication or impairment. Urinalysis is particularly unstable due to its inability to distinguish between recent and past drug use. This method also cannot determine the drug quantity consumed. Hair analysis is being promoted as more reliable than urinalysis. Traces of drugs that have been circulating in the body can be detected in the hair, for months or even years later. The downside in using this method is the variable scientific result when hair has been bleached or dyed. Drug testing in Australia has again ignited debate regarding the appropriateness and the effectiveness of urine testing versus saliva testing.

Due to insurance discounts and increasing concerns for worker safety, an increasing number of workers are opting mobile drug testing. Mobile testing lets employers examine workers straight away after an accident. The worker does not waste any more time or gas travelling back and forth from the testing site. Large firms that employ random drug testing has significantly reduced worker down time when testing employees via mobile testing companies. Most often, these companies implement random-selection computer programs that randomly select employees for testing.