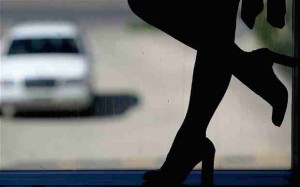 The sex trade industry in Canberra has always been compliant of the trade’s work safety laws. The 28 registered escort agencies in the country’s capital have however started a trend of breaching the long-established laws on general occupational health and safety.

Part of the ACT Work Health and Safety Act, the Sexual Services Industry Code of Practice governs worker safety in Canberra's brothels and likewise lays out the practical regulations that protect the health not just of the sex workers but also of their clients.

The comprehensive code of practice covers a wide range of details pertaining safety for all sex workers (and their clients) including proper cleaning processes for sex toys, fire safety, the use of ergonomic beds to eliminate back pains and risks, and many others.

While there was a strong compliance observed for these laws last year, it was observed that many commercial sex operators fell short in terms of keeping up with general occupational health and safety laws.

The maximum penalty for one’s failure to comply with a notice for improvement issued is $250,000 for a corporation or $50,000 for an individual. It has been confirmed by ACT Policing that criminal action has so far been taken against brothels in the past year.

Today, there are 28 escort agencies currently registered in the ACT, which is an increase from the 25 of last year but a significant decrease as opposed to the 40 from 2008 to 2009.

Commissioner Mark McCabe of WorkSafe ACT reported that as part of a regular compliance program, inspectors have conducted both unannounced and pre-arranged visits to the said commercial brothels. These visits also provided venues for education on the different licenses covering work safety obligations.

The commissioner explained that inspectors take the most applicable enforcement measures where necessary to enhance the existing standards of compliance where breaches of the laws are identified. He further showed his appreciation with the high compliance percentage in the industry and with both individuals and businesses showing high levels of awareness of the regulations.

Executive Director Philippa Moss of AIDS Action Council emphasised the need for all workplaces, regardless of the industry, to be firmly compliant with established work safety laws. The SWOP or the sex worker outreach program of the council works closely together with the WHS inspectors and the Office of Regularity Services who inspect brothels.

The executive director said the council believed that brothel business owners were dedicated on the health and safety of workers and that these businesses should not be seen under any other special circumstances because they should be considered just as any other workplace in the country should be.

Robbie Swan of the Eros Association however said that the Canberra industry suffered because it has not learned to self-regulate and that the only way to get a licence was to become a member of a professional association where the ACT Government could quickly include the existing code of practice to an organisation.