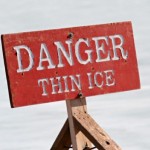 New research from Safe Work Australia found that workers in the Accommodation & food services industries 2009-10 were more likely to experience injury than any other industry.

The report confirms that in 2009–10, 638 400 workers reported they had incurred a work-related injury in the previous 12 months.

The industry with the highest rate for both male and female workers was Accommodation & food services.

Working under shift arrangements or as a casual or part-time worker was associated with higher rates of injury. Female workers recorded higher frequency rates in all categories of employment except for full-time non-shift workers where male and female rates were similar.

A sprain or strain of muscles was the most common injury for both male and female workers accounting for around 30% of the injuries.

The 15–24 years age group displayed a very different pattern of injuries to the other age groups due to a different pattern of employment. One-quarter of workers in this age group were employed as Sales workers while for the other age groups the dominant occupation was Professionals. This partially explains why workers in the 15–24 years age group recorded a high proportion of injuries due to Hitting or being hit or cut by an object while for the remaining age groups Muscular stress was the most common cause of injury.

The frequency rate of injury of 48.8 injuries per million hours worked recorded by the 15–24 years age group was nearly twice some of the other age groups, which ranged from 25.7 for the 65 years & over age group to 37.0 for the 45–54 years age group.

At the occupation level, the highest frequency rate of 91.6 injuries per million hours worked was recorded by workers in the 15–24 years age group working as Community & personal service workers. Workers in this age group also had the highest rates of injury while working as Labourers, Technicians & trades workers and Sales workers.

At the industry level, the highest frequency rate of 101.6 injuries per million hours worked was recorded by workers in the 15–24 years age group working in the Accommodation & food services industry.

In all age groups, except for those 55 years & over, casuals (employees without paid leave entitlements) recorded higher frequency rates of injury than their paid leave counterparts.