Victorian Parliaments Investigates on Alleged Contamination of Water at Training Base 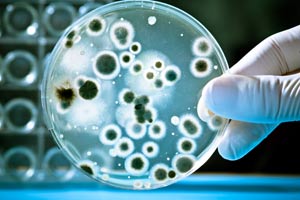 According to a Victorian parliamentary investigation, water at the Country Fire Authority’s (CFA) training base in Fiskville in Western Victoria was alleged to have been deliberately contaminated as part of a biological experimental process.

The same investigation is evaluating the claims of a number of firefighters who trained or worked at the Fiskville training base and suffered cancers that have been associated with hazardous firefighting chemicals over the course of several years.

Firefighter Mick Tisbury of the Metropolitan Fire Brigade reported to the investigating team that a scientist informed him about the fire-retarding organism and potentially dangerous bacteria, pseudomonas aeruginosa, that was deliberately mixed with the water at the base, which was explained as a more affordable way of treating hydrocarbons.

An instructor at Fiskville, Mr. Tisbury, said the TFA was already aware of the said contamination at the training camp at Fiskville as early as 1988 after a series of independent reports came out, some of which were CFA commissioned. In a February 2007 Ecowise report, he came across information that illustrated the disturbing levels of the same bacteria, which has been associated to be a cause for infections, in one of the many dams at Fiskville.

The investigation heard chief executive Mick Bourke of CFA received a different report presenting firefighters who were at a high risk in the camp at Fiskville, following the discovery of a cancer cluster in late 2011; still he openly declared the Fiskville base safe and allowed for the training to continue.

Mr. Tisbury claimed that, based on the reports, the CFA knowingly placed the health of the recruits and workers at risk.

Tony Martin, a former Fiskville instructor, reported to the inquiring team that Justin, the former head of the training college, was immediately promoted when he ignored reports and information about the presence of toxic chemicals in the water that was used for all activities and exercises.

On the other hand, Mr. Martin has been treated for headaches, skin rashes, a benign tumour in his pancreas, prostate cancer, two cerebral aneurysms, and back pain.

Michael Whelan, who was previously employed with CFA, told the inquiry that the CFA was “arse-covering.” He claimed that the absence of a public apology must be heartbreaking for the families of the employees who have died from cancer and other health problems.

The CFA had Fiskville shut in March.

An interim report is being waited to be tabled in the Parliament within this month. Organisations including the Environment Protection Authority and the CFA are expected to show evidence during the second phase of the investigation.