Train Drivers in Australia Put Their Lives on the Line 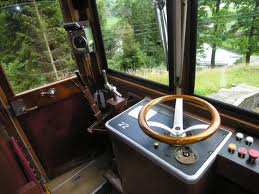 A study by Safe Work Australia found out that majority of Australians and their jobs can lead to a variety of stresses like fatigue and burn out, heart disease and diabetes. They also cost a fortune with a whopping figure of $15B that was lost to the economy each year due to stress related problems.

It is for this reason that train drivers were considered to have the toughest occupations with 1,025 claims made per 100 million hours worked which is about 26 times more than the average job for males. According to the spokesperson of Safe Work Australia, "For males, drivers of public transport in particular train drivers had very high rates of workers' compensation claims arising from mental stress. This is likely due to the unfortunately large number of suicides witnessed by these workers on the rail network."

The spokesperson added, "Occupations associated with high rates of workers' compensation claims arising from mental stress tended to involve work where there are high levels of personal responsibility for the welfare of other people and where there is potential exposure to dangerous situations. The main point to note is in many of these occupations (both male and female) workers may have very little control over their exposure to traumatic events or aggressive or abusive people."

The largest number of claims made is classified under general pressure, bullying and harassment and violence for both men and women. Safe Work Australia likewise noted that law and order professions like security guards and paramedics were highly exposed as well to workplace dangers.