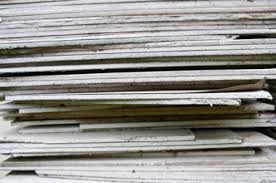 A serious injury of a factory worker caused a company to compensate charges of $40,000, exclusive of $1,800 in costs for damages.

BGC Plasterboard was charged for failing to render a safe work environment for its worker while making plasterboards. The Midland Magistrates Court fined the manufacturer for such neglect.

Apparently, he tried to lift a guard to unjam the stuck sheets from the perforator roller. The guard was stuck in a position in such a way that its angle created an abnormal aperture from the infeed. The operator tried to reach across, using his right arm to pick up the board on top of the edge that's near to the infeed. However, the lower board was plunged into the perforator, dragging his right arm thus drawing it into the blades of the perforator. Lucky for him that another worker had stopped and locked out the machine.

The injured worker was only freed after forty minutes. As a result, the worker succumbed to serious arm injuries which required him to undergo multiple surgeries and extensive medical treatment.

“The incident that led to this court case is a stark reminder of the need for effective guarding, safe systems of work and ongoing training of workers. This severe injury would not have been possible if the guarding on this machine had been fixed in place at the minimum aperture required for sheets of plasterboard to pass through. Guarding of the dangerous moving parts of machinery is such a basic and easy precaution to take, and it really is time for employers to take a good hard look at the guarding situation and stop exposing employees to the risk of injury or death.” said WA WorkSafe Director Mr. Joe Attard.

The WorkSafe Director added, "In addition, the risk of the perforator jamming had arisen due to a recent change in the way the perforator was used. Any change in systems of work should be accompanied by a thorough risk assessment, a crucial requirement in a workplace with machinery of this nature. It is apparent that this employer failed to carry out that assessment adequately. Additional safety components were added to the machinery after this incident, but too late for the worker who was left with serious arm injuries.”