Officer Charged Based on Work Health and Safety Legislation Model 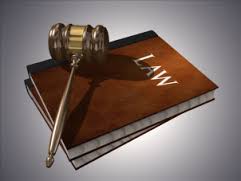 Since then, directors are being placed in the firing line when it comes to work and safety issues. However, recently, following the introduction of the work health and safety legislation model, many “officers” have found themselves under the spotlight. After one worker was killed, an officer has been charged for the very first time.

The law requires officers to exercise proper diligence in order to make sure that the company follows and abides all the obligations expressly provided by legislation. This diligence includes being equipped with an updated knowledge when it comes to occupational health and safety, understanding all the risks that are being faced by the organisation, making sure that there are ample resources which can minimise or eliminate the risks, implementing an efficient process for response, consideration and receipt of complaints or information about risks, hazards and incidents, and validating that proper actions are being undertaken to control the identified risks and dangers.

Who Is the Officer?

Ever since the issue, many people have been asking just who is considered to be an officer. Under the work health and safety legislation model, the definition being used is the same as that which is indicated in the Corporations Act. This pertains to an individual who participates in the process of creation or the one responsible for making decisions which have an effect on a substantial part of an undertaking or the business as a whole.

Many critics have frowned upon the said definition because it is very general and broad, making it subject to various interpretations.

Just this week, after one worker in the ACT was killed, Kennos Contractors Pty Ltd was held liable and charged for failing to comply with all the safety and health obligations regarded to employers. Aside from that, one senior manager, qualifying as an “officer” based on the definition of the term, was also charged because of alleged negligence. The charges which were laid, may be classified under offences in category 2, meaning that both the manager and the company face penalties of up to $1.5M and $150,000, respectively.

Because the matter has not yet been brought to trial, any penalties which will be imposed on the parties have yet to be seen. Significantly, it is expected that the definition of the term “officer” will bring about ambiguity, prompting lawyers to contest the subject and whether or not the organisation’s senior manager is fit to be considered as one.

The public is surely in for a spectacle. In the meantime, this issue will also serve as a timely reminder for all organisations to make sure that the terms are properly laid out and officers are aptly identified so that the work health and safety legislation will not be compromised. It is important that companies remain up to speed regarding their obligations at all times.

In totality, it is not only the rights of the employees which should be given focus. Ultimately, for justice to be served, employers should be given their time in court, in accordance with the due process of law.

The information on this site is of a general nature only. It does not take your specific needs or circumstances into consideration. You should look at your own situation and requirements before making any decisions. Please contact our Occupational Health and Safety Consultants for further information.