Australian Employer to Pay $75k in Fines for Contractor Injury 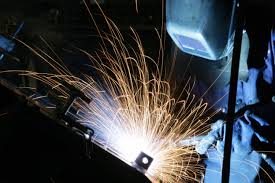 An Australian employer realised too late how costly it can be when workplace safety is taken for granted and not implemented all the time.

The Australia steel fabrication business Bibra Lake was obliged to pay a whopping $75,000 over an incident that involved a contractor who was seriously injured when the scissor-lift on which he was working was struck by a crane.

Metwest Steel Pty Ltd eventually pleaded guilty for their inability to provide and oversee a safe workplace for the contractor who was carrying out work, and for that same failure, led to cause serious injury and harm to the employee of the contractor, and was therefore fined recently in the Fremantle Magistrates Court.

In October 2011, a Total Hoists and Cranes Pty Ltd’s employee attended Metwest Steel to carry out repairs on one of the workshop cranes.

The worker was standing on one of the work platforms of a scissor-lift so he could access the control box for the crane that he was supposedly working. The platform was raised to an estimated six metres while the handrail was right above the crossbeam’s bottom edge on the crane.

The collision caused the crane to move, which also caused the handrail of the scissor-lift to be pushed and to tip over, consequently causing the man standing on the life to fall to a height of around six metres.

Another Metwest Steel employee who was welding just around four metres away from the collision was also knocked down by the falling scissor-lift; fortunately, he was not injured seriously.

The Total Hoists and Cranes employee is now paraplegic, suffering from paralysis of both lower limbs caused by an injury or disease of the spine.

Commissioner Lex McCulloch of WorkSafe WA expressed his concern over the case that he said was a shocking example of a business’s grave failure to ensure that safe work systems are in place.

McCulloch said that the court was informed that anti-collision devices were immediately fitted after the incident, costing the company involved only a mere $2,000. The commissioner explained that it would have been considerably practicable and would not have caused them much if they have had the devices applied earlier, which could have prevented the accident and the life-changing injuries that was caused.

McCulloch added that the case should serve as a regular reminder that strict compliance with risk assessments have to be undertaken in every single workplace and that safety management systems must always be observed at any place at all times.

The WorkSafe executive concluded his report that the incident should also serve as a reminder that anybody who is responsible in running a workplace should be held accountable for the health and safety not only of their employees but also those from other companies that serve contracts to render work in their workplaces.