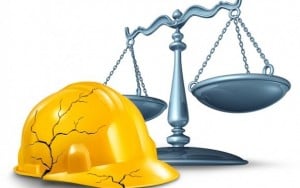 A senior official of the Construction, Forestry, Mining, and Energy Union (CFMEU) of the Australian Capital Territory branch is currently facing court after being reported as refusing to obey the standard safety rules during a site visit. Also, Fair Work Building and Construction (FWBC) is alleging Australian Capital Territory CFMEU State Secretary Dean Hall, who disrupted a concrete pour and likewise threatened to stop another.

FWBC reported that the CFMEU state secretary produced a tiny square piece of paper when the site management requested for him to show his right of entry permit on the construction site (right of entry permits are sized-A14 documents). The matchbox-sized piece of paper that Mr. Hall produced was barely legible aside from his name, the logo of the Australian Government, and the words Fair Work.

In the Federal Circuit Court, the case filed also claims the CFMEU and the organisers Kenneth Miller, Zachary Smith, Jason O’Mara, Johnny Lomax, and Halafihi Kivalu of the CFMEU ACT branch broke right of entry laws on many occasions between August 2013 and March 2014. Mr. Hall and the other organisers mentioned allegedly broke the mandated laws on three separate Canberra construction sites, all of which are large-scale apartment and townhouse developments.

On a Franklin construction site, Mr. Hall allegedly told a concrete pump worker to stop pumping or he would make the operator lose his ticket, to which the operator reacted by packing up the concrete pump and leaving the construction site. Mr. Hall reportedly said to Johnny Lomax, a fellow organizer, to watch what happens when he stopped their pour and that there’s going to be a “punch.”

When the subcontractor replied to Mr. Lomax that he was just trying to stop his job, Lomax apparently replied, “It’s not about you, mate. Ever since we started coming here these Village guys have had bad attitude and it needs to be fixed and they’ll get plenty of trouble when they start that Harrison site across the road as well.”

FWBC is likewise alleging that Mr. Kivalu, Mr. Hall, Mr. Smith, and Mr. O’Mara of failing to obey safety laws during their site visits. It was reported that Mr. Hall told a senior manager that he had a permit to enter the site and that his permit overrode that of the site rules. On the other hand, Mr. Smith yelled at the site manager’s face that he was there as a WH&S officer and “You can’t f——ing tell me what to do!” with his finger pointed at the site manager.

Fair Work Building and Construction Director Nigel Hadgkiss explained that these alleged offences were clear indications of an increasing and disruptive trend of disregard for the right of entry laws.

Mr. Hadgkiss expounded that these right of entry laws are implemented to minimise disruption to construction sites while ensuring that union officials the right to do their jobs. He added how alarming it is that there are numerous reports on union officials who continue to break right of entry laws and show no respect for occupational health and safety laws once on site. “Safety is paramount on construction sites, and it is frightening that some union officials appear to have no regard for safety rules designed to protect them and others.”