Are the Current Shipping Containers Safe Enough To Deal With? 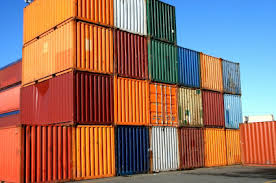 Every year there are seven million, 20-foot containers pass through Australian ports. Labourers who open, inspect, unload, and handle contents are prone to exposure to residual fumigants. Majority of the shipping containers are fumigated in compliance for bio security and then sealed during transit over an extended period of time. Products being shipped may also contain hazardous chemicals that were being used during production process like solvents, resins, and glue. In Australia, banning of fumigants or chemicals used during production overseas are also enforced.

The methodology used in measuring the exposures for workers based in Melbourne and Brisbane used a combination of gas sampling techniques and video exposure monitoring. The report offer indicative results and thus self-reported work methods and self-reported health symptoms were also being probed.

This study was done by the Centre for Public Health Research at Massey University with the following key objectives:

The report also detailed other work hazards in workplaces where shipping containers are unloaded. These areas are typically high-risk environments owing to the transfer of goods through transport vehicles.

Some of the common hazards mentioned in the report were: