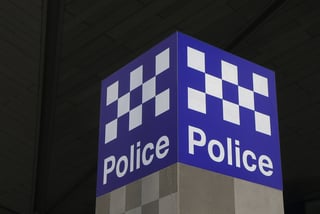 A confidential survey of 5,000 officers revealed alarming statistics showing that female police officers as well as gay and lesbian employees had experienced widespread harassment and gender inequality. The report stated that many victims felt pressured to remain silent due to fear of personal and professional repercussions.

The response from Victoria Police Chief Commissioner Graham Ashton has been swift, and he has promised to action each of the report's 21 recommendations. It will result in the biggest structural changes to the force in more than 40 years, as well as compensation for victims. Other recommendations include a new complaints system, reforms to the disciplinary system, recruiting more women and fast-tracking female officers to supervisory roles.

"There were some ugly stories in those reports. Some of our people told us some terrible experiences," Mr Ashton said at last week's press conference.

"This is our people telling us things aren't right."

The Crisis Facing Victoria Police Offers Some Sobering Lessons For All Australian Workplaces:

All Complaints Of Misconduct Should Be Taken Seriously

A common theme amongst female respondents was that their complaints were met with scepticism, or dismissed out of hand. The decades-long indifference of Victoria Police management to these serious allegations had a dual effect: It bred a culture of chronic under-reporting where victims felt powerless to speak out, and; it created an environment where perpetrators were allowed to flourish. Any complaint of misconduct must be dealt with swiftly and decisively.

Thankfully, the 'boys club' mentality that tainted Australian workplaces has largely been relegated to a shameful bygone era. But the VEOHRC report indicates that some workplaces may be slower than others at moving with the times. For any workplaces out there that still turn a blind eye to harassment, the message is quite simple: Sexual harassment, male entitlement and machoism in the workplace is not tolerated in any form. You will be caught out and the public backlash will be vicious.

The Cost Of Inaction

The report alleges that there have been up to 1000 victims, although it also states that incidents have been vastly under-reported. In reality, we may never know the true figure. The compensation bill is estimated to reach the tens of millions of dollars, and rightly so. But there's no telling of the personal cost these officers have had to bear. Many have suffered physical, mental and emotional trauma. Others have been driven to the brink of suicide.

Also hard to determine is the cost to Victoria Police as an employer, workplace and brand. As an organisation it has suffered immense damage from which it might take decades to recover - if it recovers at all.