From Agility to Resilience - the role of safety culture 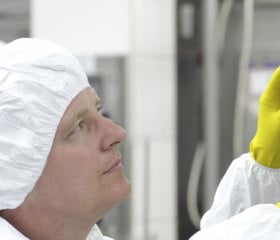 Asking ‘why?’ about incidents several times and answering, ‘because … ’, inevitably leads to the answer, ‘culture’—the climate of practices, values, accountability and communications pervading in an organisation, summed up in the phrase, ‘the way we do things around here’.

The relationship between culture and safety came into focus as a field of study after the Chernobyl nuclear disaster of 1986. The International Nuclear Safety Group coined the term ‘safety culture’ and described it as, ‘That assembly of characteristics and attitudes in organisations and individuals which establishes that, as an overriding priority … safety issues receive the attention warranted by their significance.’

A great safety culture is when people continue to work safely and do the right things … even when no-one is watching. People in senior positions create an organisational climate which is open to criticism and encourages discussion from all employees. In the words of Sidney Dekker, Professor of Humanities and Social Science, Griffith University, safety culture is a “culture that allows the boss to hear bad news”.’

Every organisation has a culture, but not all are equally safe. Professor Patrick Hudson mapped five stages of safety culture in his analysis of the oil and gas industry. His ‘ladder’ of cultures is applicable to many industries, where examples of all five levels can be found.

What are the characteristics of proactive and generative safety cultures? Hudson and Reason—developer of the Swiss cheese accident causation model—describe five elements of cultures that prioritise safety: