Work Can Sometimes Be Rough....and Itchy 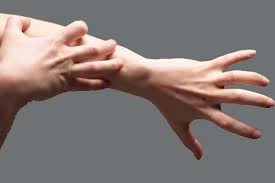 In some countries, like Germany and Finland, registries of OSD were kept, so there is detailed statistical data available on the causes of OSD. However, there is little information on the scale of OSD in Australia where no centralised recording of cases exists. It was through this study that found workers’ compensation statistics substantially underestimate the rates of OSD. Majority of OSD cases were diagnosed as occupational contact dermatitis (OCD)

This report by Work Safe Australia can also be considered as an overview of the working population and substances associated with occupational skin disease in Australia. It analysed 18 years of patch testing data from a Victorian tertiary referral clinic that specialises in occupational skin disease. The study population is composed of all workers picked from the Occupational Dermatology Clinic in Melbourne, Australia between the first of January 1993 and thirty first of December 2010.

The subjects also had high rates of allergy to the topical antibiotics neomycin sulfate and bacitracin.

Finally, the researchers did not include 4-phenylene diamine (permanent hair dye), ammonium persulphate (hairdressing bleach) or glyceryl monothioglycolate (perming solution). This appeared to be the findings, because they did not examine many hairdressers.

In the referred population, hairdressers and beauty therapists are the fourth most common occupational group and the occupations with the highest incidence of OCD. Hairdressers likewise have been proven to have the highest occurrence of OSD elsewhere in the world.

The information on this site is of a general nature only. It does not take your specific needs or circumstances into consideration. You should look at your own situation and requirements before making any decisions. Please contact our Occupational Health and Safety Consultants for further information. 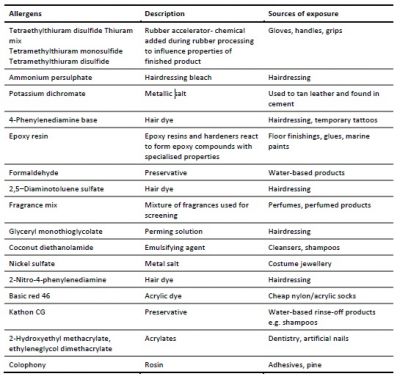