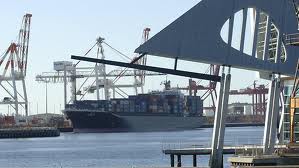 Australian wharfies were said to be 14 times more likely to be killed in work than any average Australian labourer. The Maritime Union of Australia (MUA) has lobbied for a National Stevedoring Code of Practice to prevent the waterfront fatalities during the recent years and it is high time to make changes to save other future workers' lives.

The Code of Practice is once again revisited. Safe Work Australia had a meeting and accumulated votes of 8-1. Stevedoring employers are campaigning against the 8-1 vote decision. They launched an assault on the MUA and the National Stevedoring Code of Practice (NSCOP) through a misleading article that was published on the Australian Financial Review last March 20. However, the MUA was not given the opportunity to explain their side.

Through a signature campaign, the MUA tried to convince the public to sign in support of NSCOP submission to Safe Work Australia. This was documented and is made available through the MUA website. An online page is available where the submission can be endorsed.

The MUA is urging the NSCOP to issue the submission for public comment. Public comment is a powerful channel to have industry "stakeholders" voice out arguments against part of the Code of Practice. By signing in support of NSCOP mean that it takes effect a submission to Safe Work Australia signifying your support to the Code of Practice and to have the Code approved. The MUA has pushed with the campaign regardless of employer opposition. There are 1,300 individuals who already have made submissions in support of NSCOP when the campaign went online.

Georga Fitzgibbon, daughter of Greg Fitzgibbon, who met a tragic death on the Newcastle waterfront last year, has his father come out to support the MUA's NSCOP campaign. His father made a heart-felt plea over YouTube calling all MUA members and those in broader community to sign the petition.