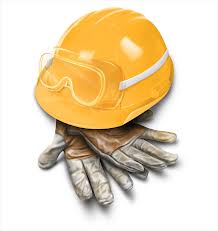 Mark McCabe is currently the ACT Work Safety Commissioner and the senior director of Work Safe ACT, the work safety and workers compensation regulator. He gave his opinion through an editorial about the safety laws of construction companies, based from inquiry report that was released called Getting Home Safely report.

The Commissioner believes that the inquiry report does not call for any additional legislative requirements other than those which already apply in ACT and other Australian states. It can be presumed that none of the construction companies would say that they are non-compliant with safety laws.

However, the inquiry report says the opposite, the inquiry findings revealed that not all construction companies are complying with their legislative obligations. Usually such companies, are written off as "rogue elements", often undercutting local businesses through practices like dodging compliance with local laws.

McCabe has brought into question: Where might these additional costs come from if not from more safety laws? What does the inquiry report recommend if it doesn't call for additional legislative requirements?

According to the Getting Home Safely report, it is proposing some solutions to the current safety laws. It urged to improve the capacity of the regulator (Work Safe ACT), to impose sanctions and catch those who are not fully complying with the work safety laws.

It also recommends the Australian government to improve the procurement processes needed to compensate construction companies that are already complying with safety laws. Those who don't shall be penalised accordingly. It's a matter of suggesting what the government should put into place the right processes to assure that once a building contract has been won, the company who won the bid should abide what it said it would do.

The inquiry report also urged the work safety regulators to be efficient the way it spends money on training of construction companies, by reducing the training focus on paperwork rather than actual work practices. The training should also offer better guidance through representative bodies on how construction firms should go about complying their legislative obligations.

However, the Commissioner is more concerned on additional taxes. What about the new levy to pay for the cost of regulation - will this add to business costs and further weigh down on construction companies?

"I don't think so." says Neil Evans from the Housing Industry of Australia. He has said that the 0.015 per cent additional charge on workers' compensation premiums seem ''quite reasonable'' and has no impact at all. Additionally, this should not cause a concern when similar levies are likewise applied in almost every other state in Australia.

Mr. Evans argued that instead of focusing on perceived additional costs, they should look at the broader perspective of cost savings that it might be create which will benefit the construction industry as a whole.

Safe Work Australia's published industry data showed that ACT has the worst safety record in the nation (with the exception of Tasmania). The data revealed that ACT exceeded the national average and has more than 30% serious injuries in every 1,000 construction workers.

Some modest safety improvements in the safety regulations would not hurt at all. Majority of the construction companies are paying 7% to 8% (and even higher) of its wages and salaries in workers' compensation premiums and a 0.015% additional levy should not hurt at all.

Making the right changes would result to win/win outcomes for both the employers and workers.

A construction company is said to be "committed" to work safety practices when it undertakes improvements in its safety policies for the good of everyone by doing the things below:

(1) Management would engage in regular safety walk through - questioning practices and following through on issues they identify as concerns, communicating a clear message to middle managers and to workers that they really do care about safety and that safety concerns were addressed, not overlooked or suppressed;

(2) Management would monitor and review their safety record on a regular basis - they would identify what their weaknesses and strengths are, what their key health and safety risks are, and what they are doing to manage them;

(4) Management will need to take decisive steps to eliminate practices which suppress workers from voicing their problems;

(5) Access to competent safety advice and respecting the authority of safety managers to address safety concerns;