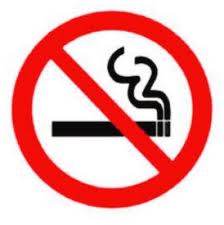 James Packer, owner of a proposed casino in Sydney, and his company Crown Limited, applied to the NSW government to allow smoking inside the proposed casino building. They asked that the entire gaming floor, which could be as large as two and a half rugby league fields, be exempted from a no-smoking ban.

Mr. Packer believes that the Crown Sydney casino players must be allowed to smoke in VIP gaming areas in order to effectively compete with Macau, Singapore and the rest of Asia. But the Quit Victoria health group has criticised the request of Crown Limited to the NSW government.

Quit Victoria Executive Director Fiona Sharkie said that the move was extremely concerning and accused Crown of putting profit before the health of their staff and consumers. She also said that the organization does not support exemptions for high roller rooms because workers are still exposed to the risks of tobacco smoke and it’s such a backward step because Australia has enjoyed smoke-free workplaces in different states for about twenty years now.

Nevertheless, Crown Limited’s proposal was conditionally accepted by NSW Premier Mr. Barry O’ Farrel. He described that allowing smoking in the gaming area is absolutely critical to the company who proposed a 24-7 gaming area of up to 20,000 sq. meters.

NSW Cancer Council Manager of Tobacco Control Mr. Scot Walsberger said that his organization is disappointed that the NSW government has given conditional approval for the proposal of the Crown Limited and that workers will have to make a choice between their health and working at the casino. He called in the states to join together in a national ban on smoking in high roller room.

Mr. Packer said Crown Limited had already negotiated with the United Voice union regarding the exemption and in relation to the issue of installing and maintaining state-of-the-art air quality technology.

However, Ms. Sharkie said that there is no established safe level of exposure to second hand smoke and that the risk of harm is high even with this technology installed. A memorandum of understanding has been established with United Voice that states-of- the art air quality must be tested every three months and the test results must be submitted to health and safety representatives to be handed over to the government. An annual report is to be tabled in NSW Parliament.

So far, Crown Limited’s proposal has already advanced to the third stage of the NSW government's approval process for "unsolicited proposals". It involves the finalization of all outstanding issues with a view to entering into a binding agreement, if the government decides to accept the final offer.