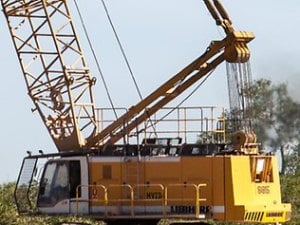 Last month, a crane hire company and its director was fined due to an incident wherein a worker fell through a roof and suffered serious head and neck injuries. The fine amounted to a total of $71,000.

Terrence Ronald Brown, Director of Terry's Crane Hire, and the company itself pleaded guilty in the Perth Magistrates Court for failing to provide a safe work environment that led to a serious harm on a contractor.

In August 2010, Terry’s Crane was hired to provide the crane needed to perform the reinstallation works of the roofs of a commercial property owned by the Mallon Company. Mallon hired the company called Debri to do the job.

There were two crane operators at that time. One was an employee of Terry's Crane while the other was a 19-year-old independent contractor. They used the crane to remove the old packs of asbestos sheeting and then to replace new packs of metal sheets on the roof. While the former operated the crane, the latter guided the crane operator to complete the task.

In order to guide the crane operator, the independent contractor went up to the roof. Realizing the risk associated to the work, the Debri employees warned him to be very careful as he was dangerously stepping on rusty tin sheets and on damaged polycarbonate sheets. With just a few minutes, the incident happened. The independent contractor was walking across the damaged sheets when he stepped onto the end of one of the polycarbonate sheets while trying to remove the slings from a pack of metal sheets. The polycarbonate sheet collapsed and he fell through the roof down to the cement floor. The contractor fell about 3.3 meters high from the roof.

With that kind of work, one safety procedure is to always install safety mesh below the roofs in order to prevent falls. At the time, safety mesh were also installed but it did not cover the whole roofing area. There was no safety mesh on the frontage area when the fall happened. Although Terry’s Crane was about to install more safety mesh right after the asbestos was removed, it was too late to save the contractor from falling.

The Perth Magistrates Court found out that Terry's Crane failed to ensure that the 19-year-old contractor was well-informed of the risks. Terry’s Crane also failed to provide adequate supervision to the young man.

Since both Terry’ Crane Hire Company and Director Brown pleaded guilty, each of them was fined by the court. The fined was $51,000 and $20,000 respectively. Aside from those fines, they were also ordered to pay $1,600 in court costs.

According to WorkSafe WA commissioner, Lex McCulloch, falls from establishments were a significant cause of workplace deaths. In the past four years, he reported that there were 16 WA workers who died due to falls from different places. On the other hand, there are many more cases where the worker survived but is heavily injured as a result of fall. Commissioner McCulloch said that it is really disappointing to see many people working at heights without all the possible preventative measures in place.