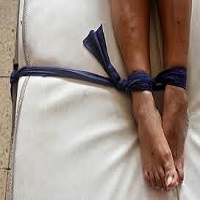 The mental health staff employed at the Adult Mental Health Unit of Canberra has expressed their concern over their safety, particularly about their working conditions and the fear of being regularly exposed to violent outbursts from patients, according to reports received under the laws of Freedom of Information.

Violence and similar concerns at Canberra’s Adult Mental Health Unit have been an ongoing issue ever since the institution opened in March of 2012.

The ACT Health and the nurses’ union admitted that it is inevitable for these acute mental health facilities to face some level of violence every now and then.

Jenny Miragaya from the ACT branch of the ANMF or the Australian Nursing and Midwifery Federation said that the risks should at least be properly managed. Miragaya suggested that some efficient management programs could include the inclusion of additional specialising, inclusion of additional staff, the use of higher-dependency units, an increased sedation requirement, or seclusion.

The Freedom of Information documents also showed the nurses’ concerns over the staffing levels that were more often than not inadequate and therefore compromised the provision of appropriate level of care.

A long list of critical incident reports was lodged this year by personnel showing concern over these gaps in the roster. The most complaints include sick leaves being un-filled, or worse, filled by inexperienced staff that often led to critical shortages.

Executive Director Katrina Bracher of the ACT Mental Health, Justice Health, and Alcohol and Drug Services, said they were faced with these growing problems particularly with their system and programs on centralised after-hours roster management.

She however emphasised that they were working hard with the after-hours list to lessen and eventually eliminate these concerns and the flaws in the rosters. Ms. Bracher also reported that they have been exerting more effort to ensure that all the staff and personnel should be professionally able and has the appropriate skills for the job, with around 30 percent of their nursing staff being professionally trained postgraduates and therefore highly skilled.

Police Did Not Respond and Attend to Nurse Assault

In the same light, the documents from the Freedom of Information outlined some of the reports on physical assaults on medical personnel, including a nurse who suffered injuries after being punched in the face three times by one of the patients.

While a code black was initiated and the police were contacted thereafter, no police officer was reported seen or came to respond.

The police however said that they did so and did not see it reasonable to make the necessary actions or press charges with the offender being mentally ill.

The ACT Health and the ANMF largely criticised the police action, explaining that if the nurse wanted to press charges, they should be able to do so as that was a right they could exercise.

ACT Policing, on the other hand, answered in a statement that the shortcomings of the aforementioned police response to the reported incident has been carefully assessed, with appropriate remedial action being undertaken.