November & December: Most Dangerous Time of the Year 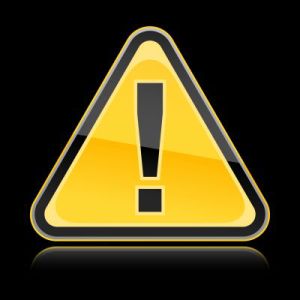 According to a study conducted by WorkSafe Victoria, November and December are the most dangerous periods of a year in workplaces. As a result, Assistant Treasurer Gordon Rich Phillips made an appeal to every Victorian employer and employee to take precautionary measures and extra care during the last weeks going into Christmas.

Mr. Rich-Phillips made a comment, “The festive season is about to begin and Victorians are starting to think about Christmas with their families and friends and relaxing over the summer holidays. But we know from harsh experience that when people take their minds off safety, they risk a tragedy. And we want everyone to get home safely for Christmas.”

Ms. Denise Grove, WorkSafe Chief Executive, believes that Australians' minds automatically turn to things other than work as the year-end approaches. It only means that work safety may be not a priority or worse, totally forgotten. She added, "We also know that many fatalities at this time of year involve experienced workers doing routine tasks, which suggests their minds may not be fully on the task at hand. Together it all adds up to a dangerous mix.”

It has become a tragic news not only for WorkSafe Australia, so Ms. Grove heightened the alert by saying, “When a worker doesn’t return home safe at the end of the day, it is a tragedy for all involved – families, friends, workmates, employers and the wider community. We want the festive season to be a happy time for everyone. So please take care.”

Just to review the summary of the findings of WorkSafe Australia in its report "Work-Related Traumatic Injury Fatalities Australia 2012":

Injuries at work resulted in the deaths of 223 workers in 2012. This is similar to the previous two years and represents a significant fall from the 311 deaths recorded in 2007. Over the past 10 years, 2,596 workers have been killed while working.The 223 fatalities in 2012 equates to a fatality rate of 1.93